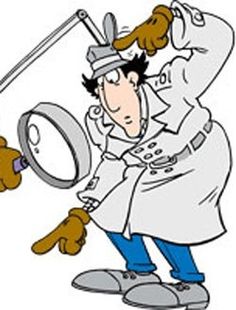 Tuesday 2nd October 2018.  A mature (more mature than me ….), bespectacled consultant gynaecologist, donned in white with latex gloves, with the now requisite nurse chaperone in attendance, gently teased his fingers where no man has put his fingers for quite some time now … No more than 30 seconds; that’s all it took.

“I’m not going to beat around the bush (I presume there was no pun intended ….). You’ve got cancer.”

For fuck’s sake Cancer – will you just do one.  Quite frankly, this is so damn unfair on my children.  Fourteen years ago they had to live through their dad’s prostate cancer.  Who the hell has prostate cancer at 41 years of age?  In the UK that’s just 3 men per year in the  40-44 age bracket. Pretty special huh? With grandad and great uncle having had prostate cancer too, it was pretty clear that there was some genetic element in this cancer. My bright, then thirteen year old, son realised that this may in the future affect him too.

At the age of 25, Joe began PSA testing.  Everyone knows outcomes are better if we catch the bugger early.  Being vigilant was the key.  And he was vigilant. He had his PSA checked again around his 26th birthday. Before he reached his 27th, just 6 weeks before his wedding, some shitty, unjust, cruel twist of biology dealt him his cancer blow.  No – not prostate cancer. For Joe it was testicular cancer.  Now testicular cancer is much rarer than prostate cancer, but it is a cancer of young men.  In the age range 25-29, there are 386 cases diagnosed a year in the UK.  Crucially – survival rates for testicular cancer are very good – 98% five year survival.

So 2017 was a pretty shit year for Joe – though there was an amazing wedding!  There was surgery and gruelling chemo.  It was tough too for his sisters, his wife, his grandparents, his dad, me and the others who care about him.  You feel helpless when the person you love has cancer.  You want to take it away from them – and you can’t.  You just have to be there and watch them suffer.

2018 was going to be a great year.  In January Joe was told that the chemo had been a success – onwards and upwards.  Yet here we are, just eight months later. In keeping with family tradition – another fairly rare genital cancer!!

To be honest, this hasn’t sunk in for me yet.  I left my appointment on Tuesday, accompanied by my sister, broke the news to my mum and dad, bought chocolate, a new duvet, went to the pub, and had the best night’s sleep I’d had in ages.  The anxiety with which I had been riddled for weeks just lifted – I now knew what I was dealing with.  But my thoughts then turned to my children.  How the hell were they going to cope with this again?  I know we will all cope, but I would give anything to spare them the anxiety they will experience as I go through whatever treatment I need to kick this fucking disease into touch.

Venting, shouting, raging, writing – these are my coping mechanisms.  Mute me in your feed if you don’t want to hear about the sorry state of my lady parts, or my anxiety, my lack of courage or existential crisis.  I’ve been on some unpleasant, challenging journeys in my time, and know this will be the most challenging yet …

You can find out more about vulval cancer here and here .

10 thoughts on “The sorry state of my lady parts …”